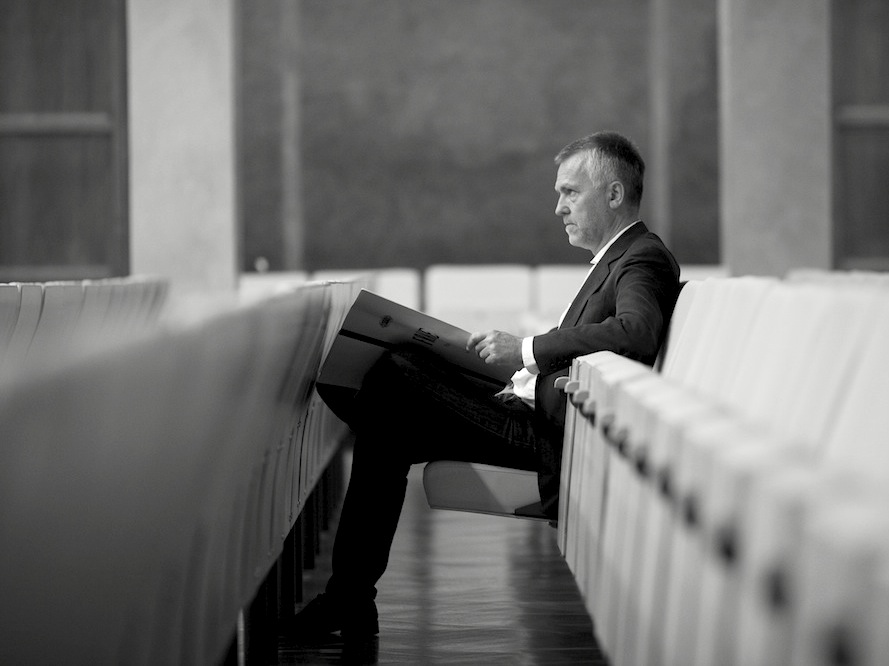 “Bernd Franke`s work distinguishes itself from other types of music formed by the emphasis of contrasts not only by its elegance and hedonistic character but ultimately by the way such contrasts are minutely built up and stressed through an ever-sharpening differentiation of sounds towards a timbre- determining voicing through which the polarities are not discharged as unresolved conflicts, but rather preserve a striving for balance and harmony which, however, in the end remains unattained.

His dramaturgically-tonal compositions aim at achieving a musical language directly understandable by the hearer but without degenerating into banality or neoromanticism. On the contrary, comprehensibility and differentiation (tonal as well as structural) are two strands of one intention: to write music which is communicative but which does not drag with it the embarrassing baggage of obligatory convention.

Musical influences for Franke have been Witold Lutoslawski and Edgar Varèse as well as Charles Ives, John Cage and Morton Feldman. Development has been both quick and slow, principally brought about by engaging with the work of other composers and more especially with painters such as Chagall, Dürer, Goya, WOLS, Pousette-Dart, Erich Hauser and above all Joseph Beuys.”

MDR Klassik Reportage - Krasse Klänge
Manage Cookie Consent
To provide the best experiences, we use technologies like cookies to store and/or access device information. Consenting to these technologies will allow us to process data such as browsing behavior or unique IDs on this site. Not consenting or withdrawing consent, may adversely affect certain features and functions.
Manage options Manage services Manage vendors Read more about these purposes
View preferences
{title} {title} {title}